As the Raynard Waits matter escalates, Deputy Chief Irving sidelines Bosch. The detective turns his focus to unraveling the mystery of the bones case – until he becomes ensnared in a dangerous game of cat and mouse. 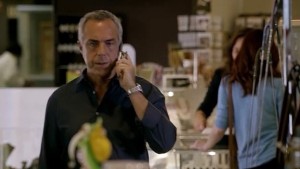 – LAPD going all out in the manhunt

– Bosch staying all night with Moore

– Waits makes connection with his “mom”

– Waits makes nice initially with Mrs. Saxon before getting frustrated with her

– Bosch and Edgar grill Samuel and get a confession

– Edgar’s turn to hose out the car

– Even though Edgar is skeptical that Samuel could carry a body up to the canyon, so he suggested he test it out

– Bosch tells Brasher he will go and visit his daughter

– Brasher tells him she will wait for him

– Waits intentionally breaks his mom’s glasses so she can’t see the news and the story about him.

– Bosch finding what she was looking for

– Waits strikes again in the motel 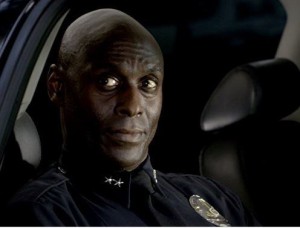 – Then declines to see her daughter

– So officer Irving is a rogue do dad tells him to go into command and get off the streets? 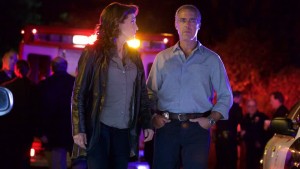 – Irving getting the Police Commissioner to set up a tack force instead of getting the FBI and US Marshalls involved.  This way he controls the outcome

– Irving shutting Bosch out of the task force.  This way which ever way it turned out, he wins. If FTF gets Waits great, if Bosch solves the Delacroix murder and it not Waits he wins.

– When to the father was arrested, Sheila swears he never touched them, really?

– So Bosch’s ex went from FBI profiles to a card shark?

– Kinda frigged up, Sheila and the father

– Wow, Waits is really brazen, commiting another rape and murder as an “in your face” to Bosch