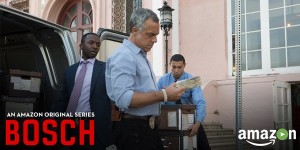 Bosch travels to Las Vegas to see his teenage daughter, Maddie, and to gain insight into Waits from his ex-wife, Eleanor Wish, once a brilliant forensic profiler. Back in LA, Waits taunts Bosch as he begins backing up his threats. Bosch returns to a maelstrom as the simple questioning of a witness in the bones case endangers Brasher. 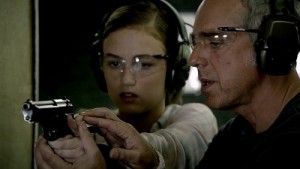 – Waits in the motel watching the search for him, dead body with him, then calling Bosch as a taunt

– Harry submits the photos for evidence that show Sheila being abused by her father.

– Bosch getting Samuel to admit he was not the killer, something Harry knew all along

– Harry is on the money about what happened and as a result of his abuse of Sheila , she in turn, abused Arthur.  Samuel confessed because he feared Sheila killed Arthur

– Nice of Brasher to help buy a gift for Maddie

– Ballsy video at the hardware store.  Waits is heading for end game

– Harry actually does get to Vegas

– The name Samuel gave up may turn into a lead

– Loved the father-daughter bonding that took place throughout the day,

especislly thevshooting range and that she wants to be a cop.  It would be too easy and lazy to have her be the bitter child of divorced parents

– Maddie did extensive research on her father

– Elanore, the ex profiler, helps Harry.  We discover that he has a French backround thus the alias he chose.  He is underground based on the hardware items taken and that he must have been raped as a kid.

– Maddie is determined to make her relationship with Harry work, giving him a smartphone so the could use technology to communicate

– Irving using his copy of the escape as leverage to get O’Shea to back down,  Irving also gets a guarantee to be next Commissioner. 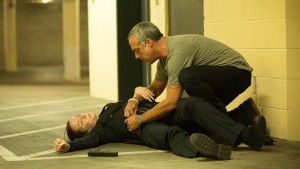 – Samuel gives up a name, maybe a diversion

– Promises to be back for Christmas, who else knows that isn’t gonna happen? 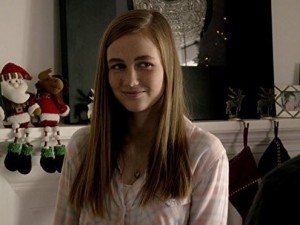 – So Harry figures out the family issues of the Delacroix including proof of the abuse but Sheila still does not want to file charges.

– Sheila abused Arthur because she was abused,  okay?  Then she wanted him to run away?  Glad she is not my big sister

– So Elanore and Wish engage in high stakes poker.  And almost always win?

– So Waits has a French background, okay?