This might not be the intended meaning of this day but it is how I see it! I thought Stana was awesome in this, playing her part with such exuberance, it made the movie watchable. And her and Dan Loria (Mr. Arnold from The Wonder Years) really work so well Read More

Our journey back to that past galaxy of space and time called CASTLE, I would like to explore the fifth episode of season 1, a very underrated show in my estimation.  For me, the first four installments were a healthy mix of drama and hijinx, inspired banter and introductions to Read More

The second Christmas installment gave us some amazing scenes. In particular, we finally got to meet the head of the Spolano crime family, one Dino Scarpella. And as luck would have it, Dino is played by one of the best character actors ever, and one of my favorites, Paul Ben-Victor. Read More

Legend has it that after a killer pilot episode, television shows slips slightly in their second installment.  In my humble opinion, Nanny McDead is the exception that proves the rule.  This show had all the elements needed to make an hour show fly, snappy dialogue, cleaver clues, begrudging respect beginning Read More

This is one of my favorite Castle episodes. And it really fits into a Halloween motif. When a young woman appears to have literally been scared to death three days after watching a “haunted” DVD, Castle and Beckett delve into one of their creepiest cases yet. To make matters worse, Read More

It has been said that the coffee at the 12th precinct had a distinct taste, that being one of a “monkey peed in battery acid.”. So truly awful, our male protagonist purchased the top of the line caffeine machine, the very expensive EXPRESSO INTENSO Yet, I really doesn’t do any Read More

Through the annals of Castle, one thing is abundantly clear. Hate Beckett is an admirer or the male physique. So let’s take a journey back and see all the instances Kate “snuck a peek” THE THIRD MAN WRAPPED UP IN DEATH ALMOST FAMOUS THE DEAD POOL THE LIMEY DEATH GONE Read More

Having some fun here. Here are the only two guys who have to ask Beckett this question. As if? So there you have it right from the detectives mouth! 524 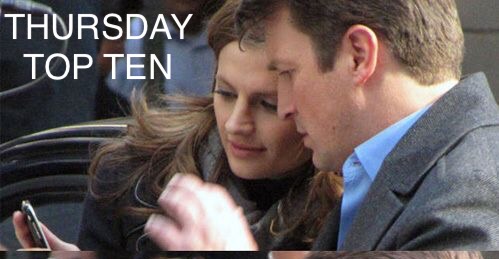 Today I am revealing my top ten season five Beckett fun moments, usually at the expense of one Richard Castle. Even though they are now together, it doesn’t preclude Beckett from truly teasing our ruggedly handsome author. 428 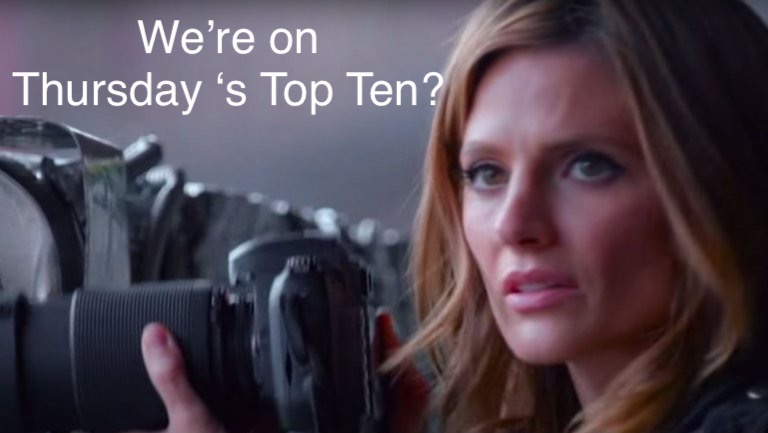 The rules are very simple for today’s Triple T, my top team predicaments CASKETT together find themselves in. They must be both stuck in the pickle, not one held hostage and the other comes to the rescue. With that said, here they are! Please click on arrow to expand sections Read More 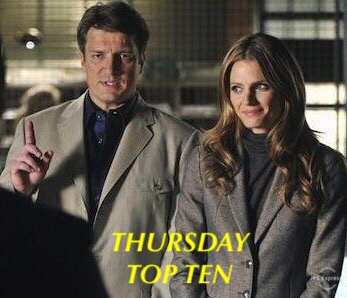 I This Thursday we revert back to the always reliable TOP TEN. This time, I will offer my opinion for the best shows of season, as as the disclaimer says, your opinion may differ. So here they are TRIPLE S TOP TEN SEASON FIVE! 125 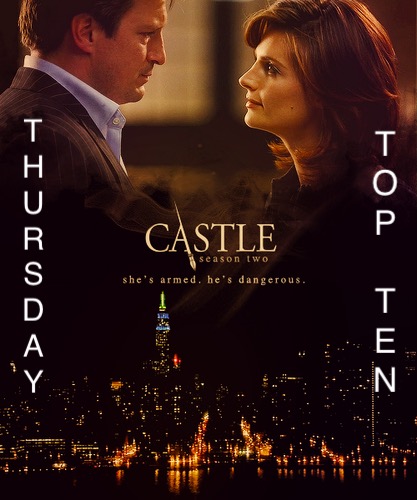 We all know and love the show-stopping scenes from each and every episode so tonight I decided to put a twist on the ultimate list by selecting my most underrated scene in each episode of the premier season. So let the arguments begin! FLOWERS FOR YOUR GRAVE NANNY McDEAD HEDGE Read More

Thanks for playing along! Tell me where I may have gone astray, love to hear from all of you! 115 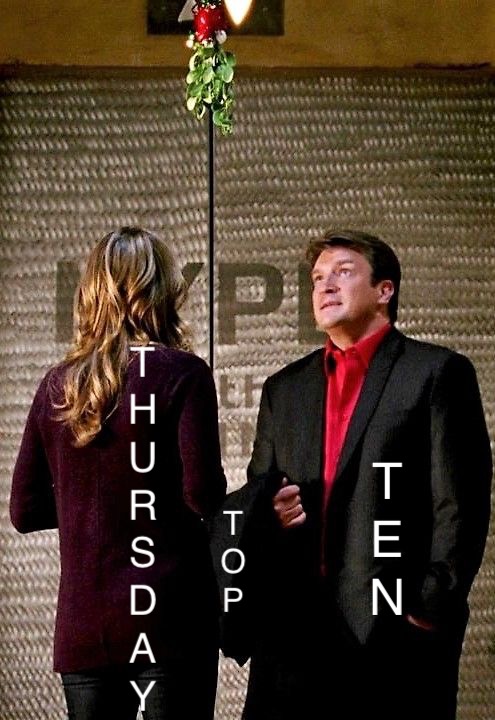 Because we are still reveling in the Christmas season, I decided to tap into the best (ok not much competition) episode related to Winter Solstice. So be we go, the top ten quotes from SECRET SANTA! 127 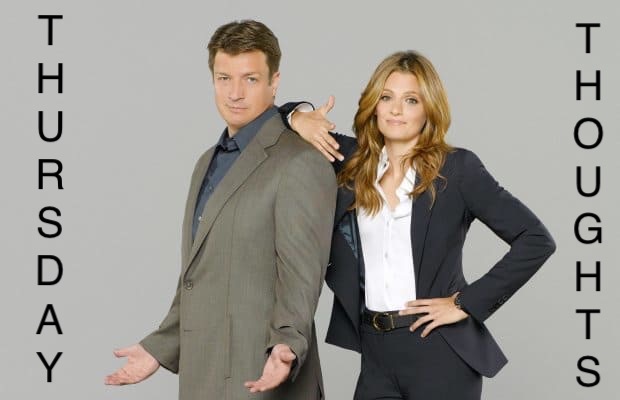 Today’s thought is inspired by reader Cindy  who inquired about the hot chocolate scene from today’S NATIONAL BECKETT & CASTLE DAY entries.  Although it is featured prominently in photos and folklore, it actually a deleted scene from season 2.  So Cindy, here is that scene.   With that said, I Read More 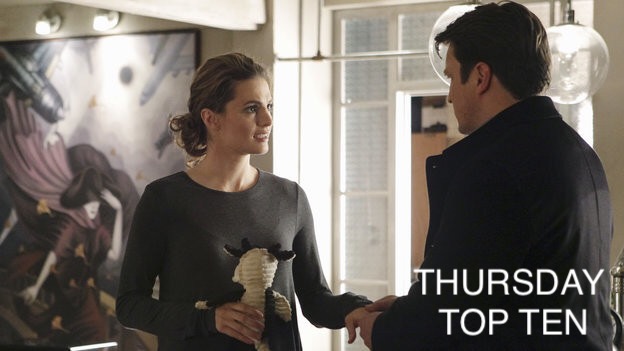 You could argue that season four is the best of all CASTLE seasons.  Then again, one can say that about each season two thru six.  In season four, we see Kate Beckett in a new light, one where she discovers she in not infallible and there is so much more Read More

THURSDAY THROWDOWN: AND GUESS WHO IS RIGHT IN THE MIDDLE OF IT?

This thought came to me while watching a brawl in a hockey game.  The announcer called it “an old fashioned THROWDOWN!” And I thought, in pure English, yes it was.  After all it comes from the phrase “To throw down the gauntlet“, which means to issue a challenge. In medieval times Read More 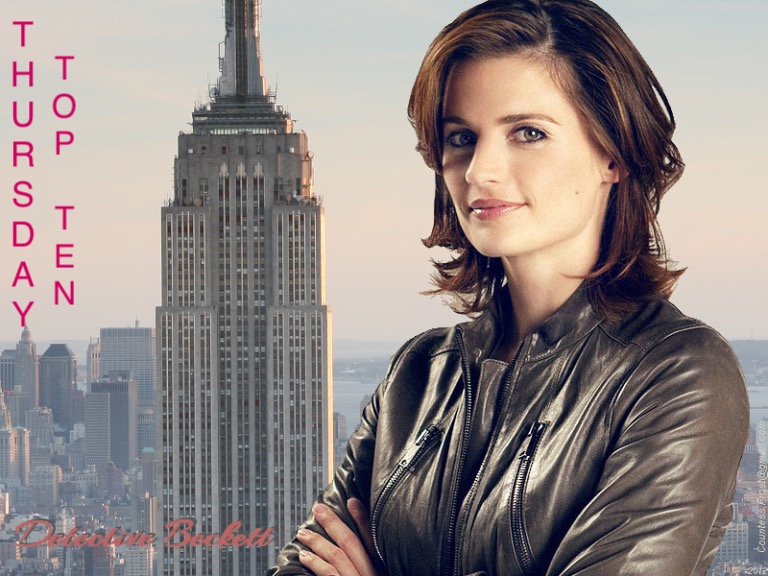 Today our top ten is looking at the times our Kate Beckett went undercover over the course of the show.  Ranking from number 10 to numero uno, here are my choices for the best undercover moments of our extraordinary detective & captain. Be warned, I cannot count, hehehe! Again just Read More